Well, this semester here at AAU is going just swimmingly.

It's a great feeling knowing you are getting better at art each and every day--I guess that comes with seeing more ass than a toilet seat for one of my classes, being constantly covered in charcoal (apparently I was rocking a Hitler-stache for a few minutes in the middle of figure drawing last Wednesday), having carpal tunnal from repeated clicks and key-strokes while using Maya in computer animation production, as well as from being sick of drawing countless lines to countless vanishing points in perspective. And Art History is just...art history. Nothing too exciting going on, there.

I'm loving it, though--every moment of being here. Well, one moment I did not appreciate was my leg being grabbed at by a creepy homeless man on the street who was hiding behind a bus stop last week while walking home from dinner with a few friends--that was terrifying. But besides those few isolated incidences, this semester has been incredible. 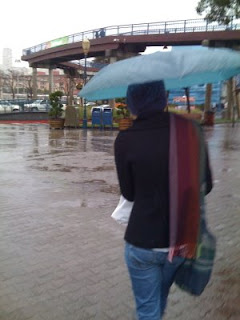 e been in Palo Alto for the weekend staying at my friend Carina's house. We took a short day trip to Santa Cruz to drop Jenni off at UCSanta Cruz where her best friend attends, and while driving through those itty-bitty mountains I couldn't help but think that parts of it looked like a few of the canyons back in Salt Lake...though perhaps on a smaller scale. It's probably a good thing I'm coming home for spring break.

It's been pouring rain here for the last few weeks every couple of days. I have to walk to most of my classes this semester (it's a nice change--the school shuttles are over crowded and always running late), which means I have to walk in the rain carrying large drawing pads, or a heavy textbook, computer, and notebook. It's slightly inconvenient. Especially when it's paired with wind and umbrellas do absolutely nothing. Jenni and I took a trip up to fisherman's wharf since we were craving In-N-Out--we were soaked in a few minutes. Thank goodness for my green raincoat I bought last semester, and an umbrella that I had brought since Jenni forgot hers. My cousin Matthew came to San Francisco on a business trip this last week and he told me I was a wimp for complaining about the rain--then again, he lives in Seattle, so I suppose it can't really compare.

Speaking of Matt, he 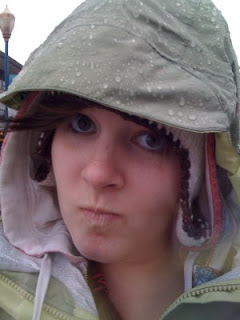 took me to dinner and treated me to the nicest meal that I've had so far in San Francisco. I promised I would display that fact for him for my family to hear about, so there you are. It was really fun seeing him and spending time with him, since the only time he is ever around in Utah is for family functions. Also a note to everyone else: if you are planning on visiting me at all, do it soon! I leave AAU May 14th, and I'm not going back next semester, so get on it.

I'm excited for a few things right now in the next month:
Finally going to see Coraline...whenever that will be.
Watchmen movie. You have no idea. It's one of my favorite books/graphic novels and it's looking like it'll be a great film. I've been excited about it since I've even known what Watchmen was. You can bet I will be at the midnight showing for this one.
Going home to Salt Lake for Spring Break.

Oh, and a belated Happy Birthday to my nephew Felix who turned 1 at the beginning of February.

and another OH!:
I got a twitter account, if any of you have one: http://twitter.com/sjbernhisel
Posted by Unknown at 2:24 AM 2 comments: 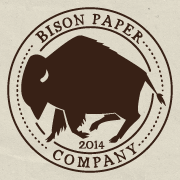